There are many mediums on which visual media can be stored. Today I would like to touch on the problem with the deterioration of VHS and Film media.

Lets start with VHS and other cartridge tapes, as these are the ones we are most familiar with.  Videotapes are made of a magnetic imaging material and deteriorate faster than any other storage medium. The tape is composed of a binder and a base. Any number of factors causes deterioration by acting on one or more of these components.

Sunlight will breaks down the binder that holds the magnetic material to the base.

Heat causes expansion and contraction of the tape base, which leads to warping and possible shedding of the magnetic material.

Dust, dirt, smoke and oil could cause abrasions that wear the magnetic material from the base. Magnetic fields may cause partial erasure and/or tape noise as they act on the tape’s complex magnetic patterns.

Exposure to moisture and high humidity allows fungus and mold to grow preventing the head from reading the magnetic material. Moisture also breaks down the molecules in the base and magnetic material over time. This decomposition causes a chain reaction that will eventually eat away the binder and cause the tape to stick, also known as Sticky Tape Syndrome.

Playing the tape or leaving the VCR on pause stretches the tape and wears off the magnetic data.

Depending on the conditions of storage, usage and the equipment used to play the video, it will have a life of between 3 to 20 years.

Cinefilm, more commonly identified by its size (8mm, 16mm, 35mm, 70mm and so on) is made of chemical dyes on a nitrate, acetate or polymer base coated in gelatin.  As with VHS and cartridge tapes, cinefilm too is affected by a number of factors.

Sunlight breaks down the chemical dyes.

Exposure to moisture and high humidity allows fungus and mold to grow, as it does with VHS tapes, covering and embedding itself into the image on the film.  Humidity over time creates an environment in which the film acetate chemically decomposes or literally “eats itself”, creating a vinegar smell. (Early nitrate films will do this naturally) This particular event has been popularly termed Vinegar Syndrome. Much research has been done on vinegar syndrome and I am not going to touch on it here. Numerous papers and web sites are dedicated to this topic, and I would have anything new to add.

In Old and brittle film, even playing the film starts to cause flecks to come off and the sprocket holes break as the stress of a projector and the projector’s hot lamp work to tear off small flecks of film.

Cleaning the film can cause deterioration.  There are four generally accepted ways of cleaning film and each of these has it’s own problems. In Solvent-based cleaners, rewashing softens the emulsion. Pressure Transfer Rollers can cause physical damage to the film itself. Distilled water cleaner can start the chain reaction known as Vinegar Syndrome and airbrush cleaning is ineffective when it comes to cleaning mold and fungus.

Although cinefilm is a more stabile media, storage, usage and the equipment used to play the video will limit the life of cinefilm from decades to centuries.

Symptoms to watch for are: 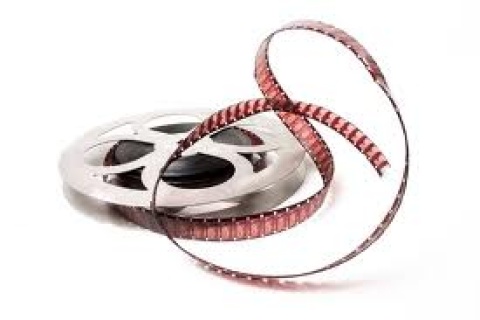